After spending a few weeks in Belgium last year, I developed an entirely new appreciation for the classic tripel style. Having fresh bottles made a big difference; the best ones were clean, crisp, not overly yeasty with a bit of a spicy floral note that I don’t find in the older bottles we get on local shelves.

Now that I can successfully use pilsner malt, I decided it was time to try my hand at brewing my own. Some basic Googling showed that spices and orange peel are pretty standard, so I went to the local specialty market and decided on star anise, grains of paradise, coriander and Meyer lemon peel. 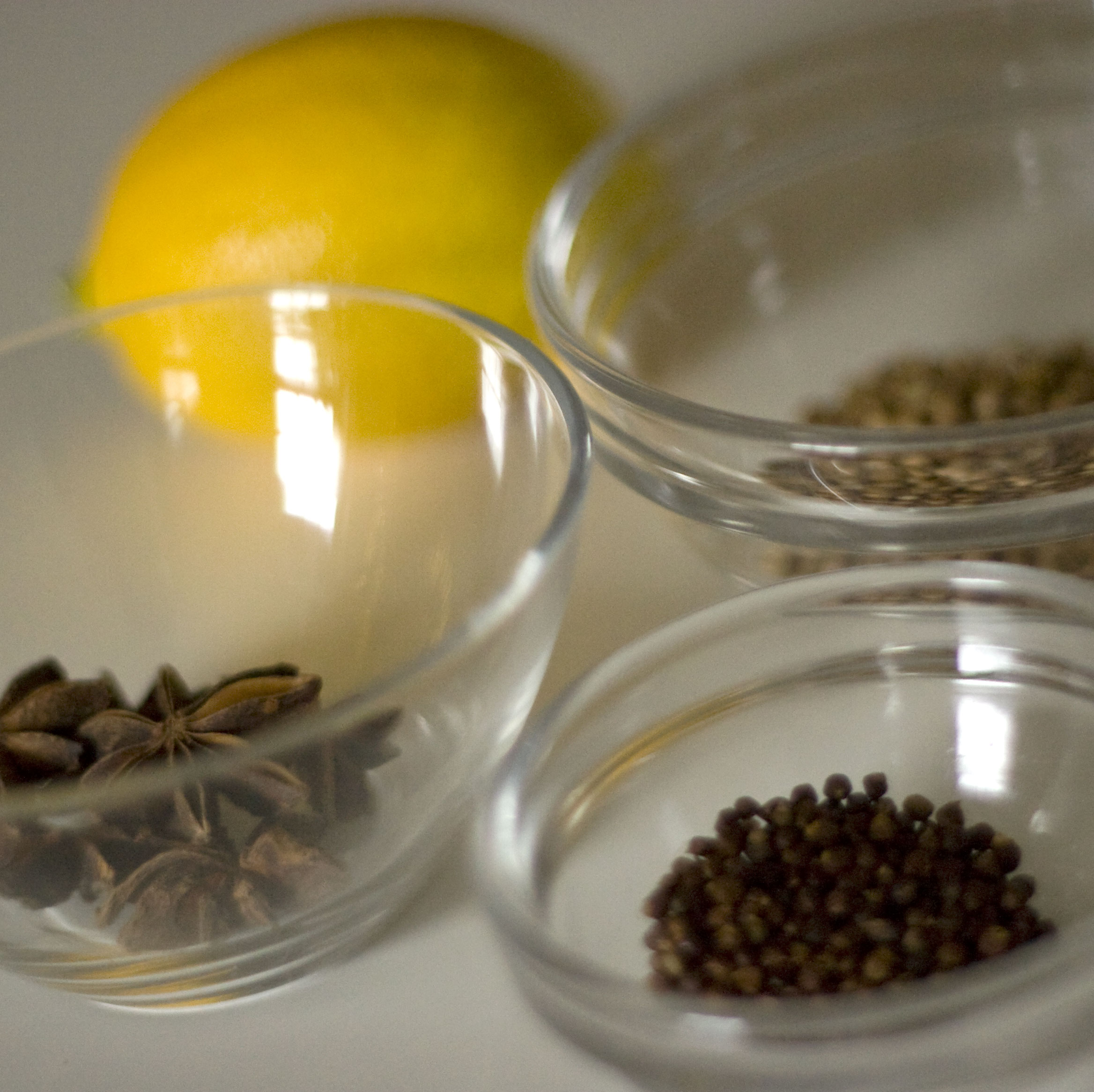 My goal going into this was to create a crisp, clean, spicy estery tripel. Some minor brew day problems threatened to get in the way. I wasn’t able to get the mash temperature quite as low as I expected, averaging about 2 degrees higher than ideal. For my flameout addition I decided not to bag the whole cones and threw them in, which jammed up my plate chiller instantly. Cooling took longer than expected as I had to keep clearing blocked lines, so I was worried that some extra DMS production would taint this batch; I got lucky and the end result is pretty clean.

The problem I didn’t anticipate was how poorly 1214 (Chimay) flocculates. After fermentation I cold crashed for almost two weeks, but it’s clear a lot of yeast came along into the keg. Two weeks into drinking the beer it’s clearing up more and more.

Young samples were pretty heavy on the isoamylacetate, with big yeasty notes drowning out some of the subtler spicy bubblegum & alcohol flavour. A month after brewing it was rounding out a lot more.

I split off a gallon and added white currants to that batch, which I then bottle conditioned. I’m still waiting for those to carbonate so I haven’t been able to compare against the keg yet.

Giving this one some more time before weighing in; feels like I need another couple weeks or so before it’ll hit its prime.