Funny thing about lagers is the time they take. This is my first brew day in 4 months. I figured one more lager before I get back to the ales.

After #041 I wanted to mix up the grain for something more neutral, so I decided to do a wheated pilsner instead. I took the opportunity to switch to Saaz hops for this one as well, since I haven’t brewed a Saaz-forward beer yet and I’m quite partial to what they do to Pilsner Urquell.

I’m going to start tracking mash temperature a bit closer for future brews to get a better sense of how I lose heat; due to moving the thermometer around when taking readings it fluctuates quite a bit, but I should get a sense of the overall trend.

Brew day was fairly standard, but I made the mistake of deciding to batch sparge at the last minute without updating the recipe. My efficiency dropped through the floor to 60%, which meant I had to stomach making an extremely light lager or topping up with sugar. I went with sugar, though in hindsight I’m not sure why I didn’t grab extract. I lowered my bittering hops accordingly — not just to adjust to the lower gravity, but also to provide a more palatable contrast to the ultimately weaker body.

On the bright side, the batch sparge meant my quickest brew day ever, with the entire process including cleanup clocking in at 6hrs. If I ever get a heat stick going I’ll be able to decrease that even more.

Fermentation was also a problem. The only lager yeast I had available to me was 2112, California Lager. I bought it without checking it out online, which was a mistake — only after I pitched it did I read up on its higher temperature tolerance. This is a problem; my fridge tops out at 10C on the upper end of the spectrum, whereas the yeast is happier at 15C.

After two weeks, I’d only knocked 15 points off the 1.047 starting gravity, so I started cycling between leaving the fridge on and off. Obviously I bounced around temperatures a lot during this; krausen went from none to high and back again a few times. Near the very end I hooked up a new temperature controller and got it in range, but only had a few days on diacetyl rest before it was time to cold crash.

I worried about esters, but I guess a nice side effect of this yeast is that it’s a fairly clean ferment at higher temperatures. Since I doubled my starter size I had a big healthy pitch and, while it’s still early, it’s tasting nice and clean.

At 23 days it seemed like the balance was spot on: the flavour was there and there were no byproducts that wouldn’t drop out with lagering, so I cranked down the temperature. My gravity was still a few points high, but my mash temps had also been a bit higher than I wanted — I was worried about an extremely dry thin beer, but it looks like this one will finish up with a decent, drinkable balance thanks to two mistakes cancelling each other out. 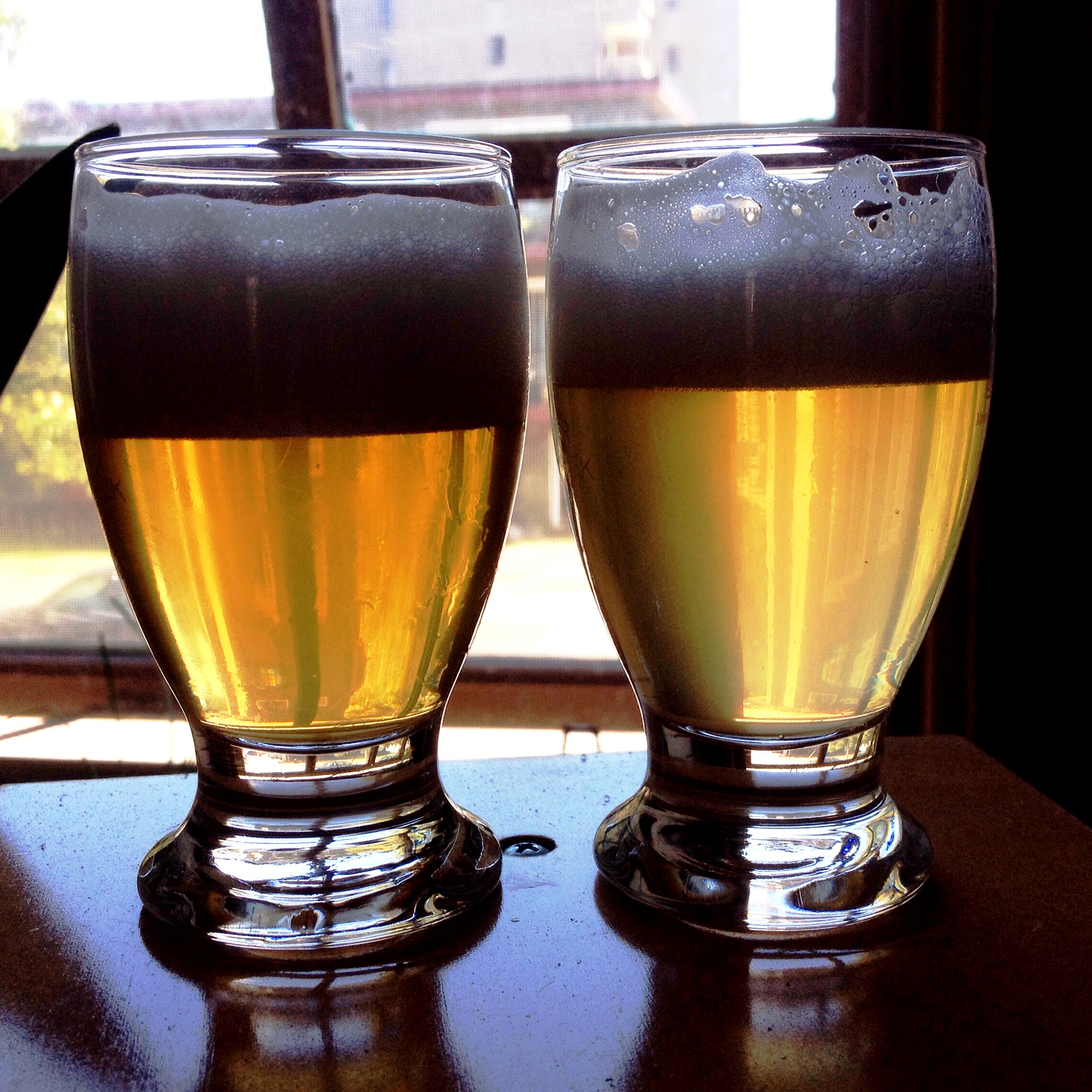 After a few lagers I’ve been getting a sense of what compounds will remain after a few weeks at low temperatures, and I’m pretty sure the rough edges in this one will smooth out. In fact despite less than ideal conditions, I’m pretty certain this is on track to become my best lager.

Despite being pulled off for weeks at a time during multiple ferments, this one went pretty quickly, blowing only a month and a half after kegging. While not a classic pilsner, it was a solid beer. Dry, easy drinking, with a bitter edge and enough hop aroma to keep it interesting. 7/10