I almost deviated from my annual tradition of brewing an Imperial IPA between Christmas and New Year’s (004, 021, 032) by doing a variation on a Golden Strong instead. But I couldn’t find the adjuncts I wanted and I had a freezer full of hops, so I decided not to break the tradition in the end and went with a repeat of last year’s recipe. 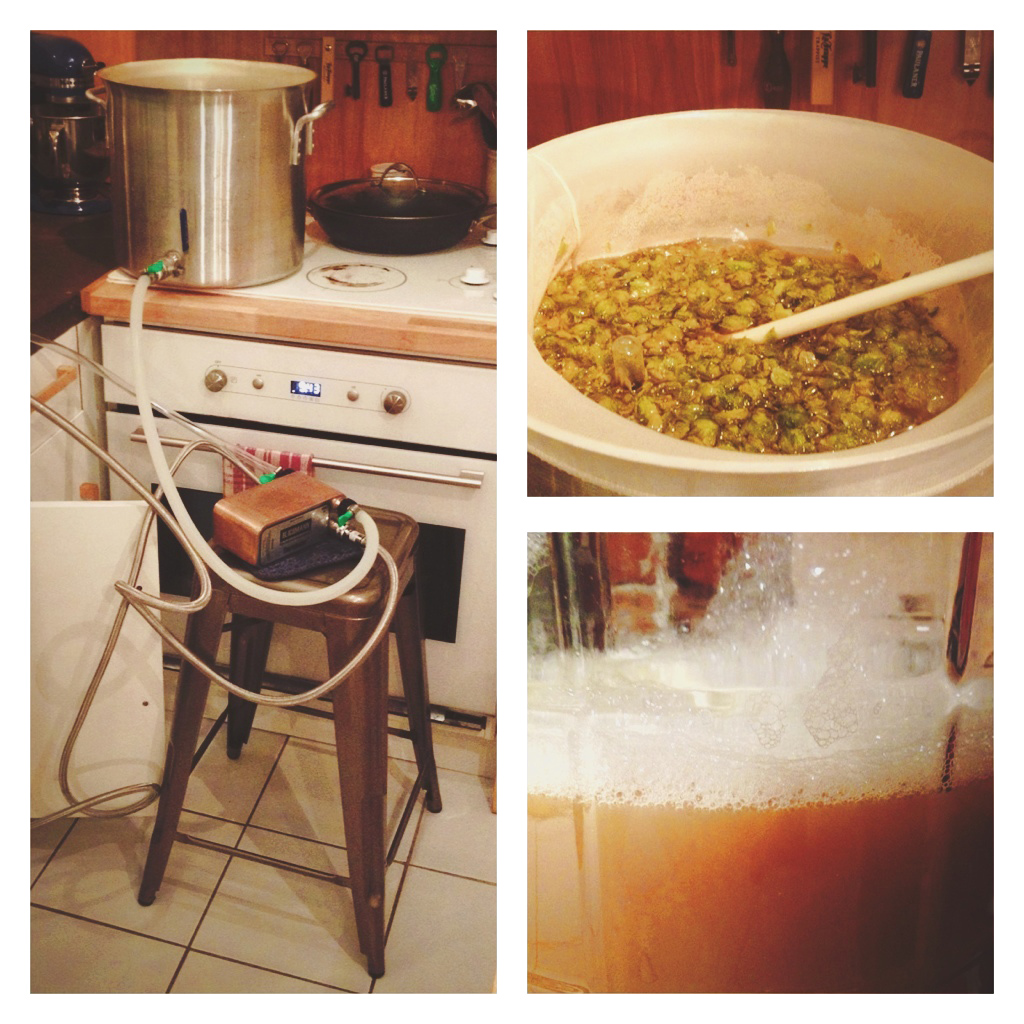 After noticing low levels of DMS in my past few batches that I just haven’t been able to shake, I decided it was time to finally figure out the Blichmann Therminator I received as a gift earlier in the year. A few runs to local homebrew and hardware shops later, I had bought the fittings I needed to get my kettle converted for using the new chiller.

Side note on what I learned getting set up: drilling through 3/8″ aluminum is pretty easy with a step bit, but lubricant is still a really good idea to keep the noise and heat down; filing down the burrs after drilling is a good idea to prevent leaks; the Therminator input is 1″, so adapters to connect with standard kitchen tubing are probably necessary; silicone O-rings and tubes are pretty important for the hot side; and always always make sure all fittings are tightly connected and all valves are closed before turning on the water supply.

I purposely mashed a bit higher to try and promote more unfermentables, I felt it ended up on the thinner side the last time I brewed this recipe. I had some trouble with conversion, the iodine test failed at 60m then again at 75m, but came through after an hour and a half. I ran a 90m boil for DMS reduction, but started adding hops at 60m. 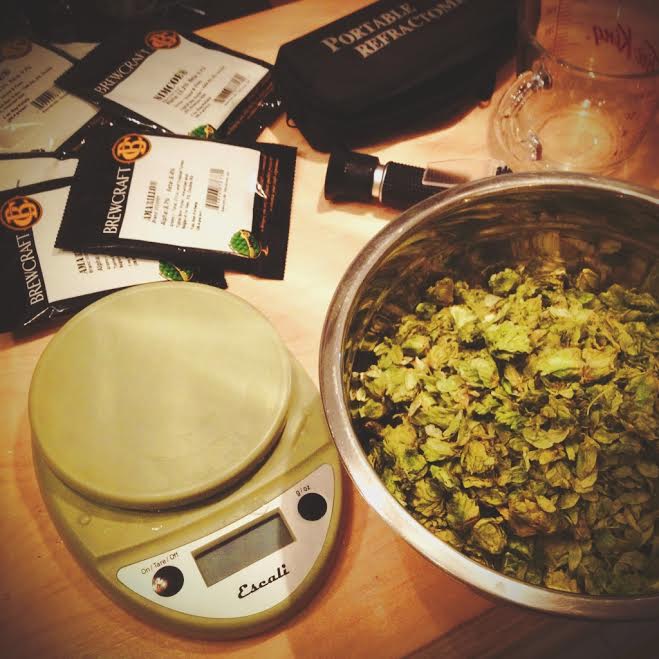 Since hop particles are a problem for plate chillers and I knew I was going to use rather a lot of them, I decided to contain the hop matter in a nylon bag stretched across the kettle during the boil so I could remove them during whirlpool. I didn’t even consider until near the end that this would also mean 0m/whirlpool additions would come out too, so I ended up dropping them directly into the wort and hoped for the best; there wasn’t any blockage during the transfer, but the amount of particles I had to clean out afterward was rather high. 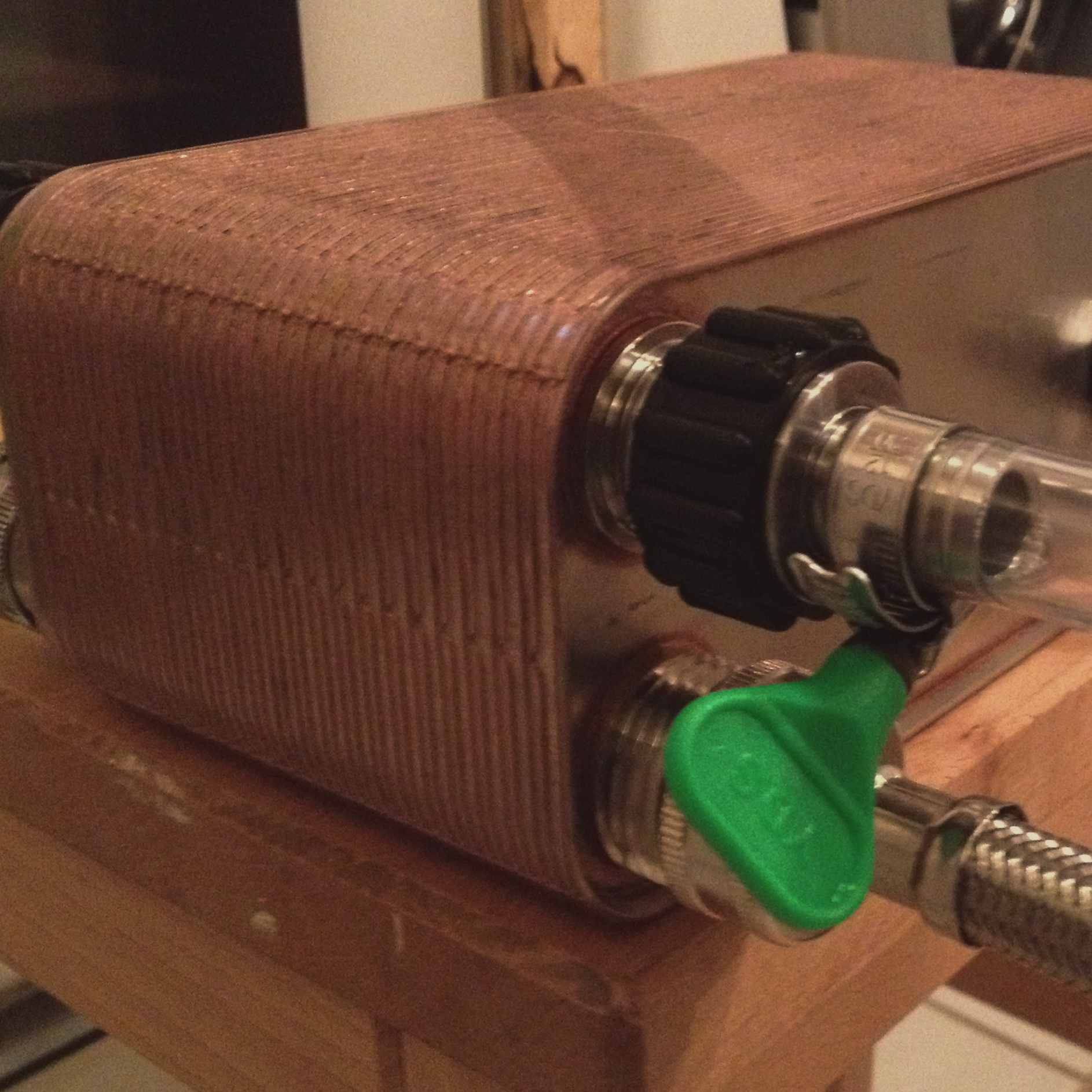 And the Therminator did its job like a champ. Near-boiling wort down to pitching temps in under ten minutes. I decided to skip the recommended in-line thermometer and flow valve for the first round, but I immediately saw the benefit of both during usage so I expect I’ll get both eventually. Cleaning was a bit involved, but I figure the time I’m saving from my long cool-downs in previous batches is roughly equal to what it costs me to clean properly. 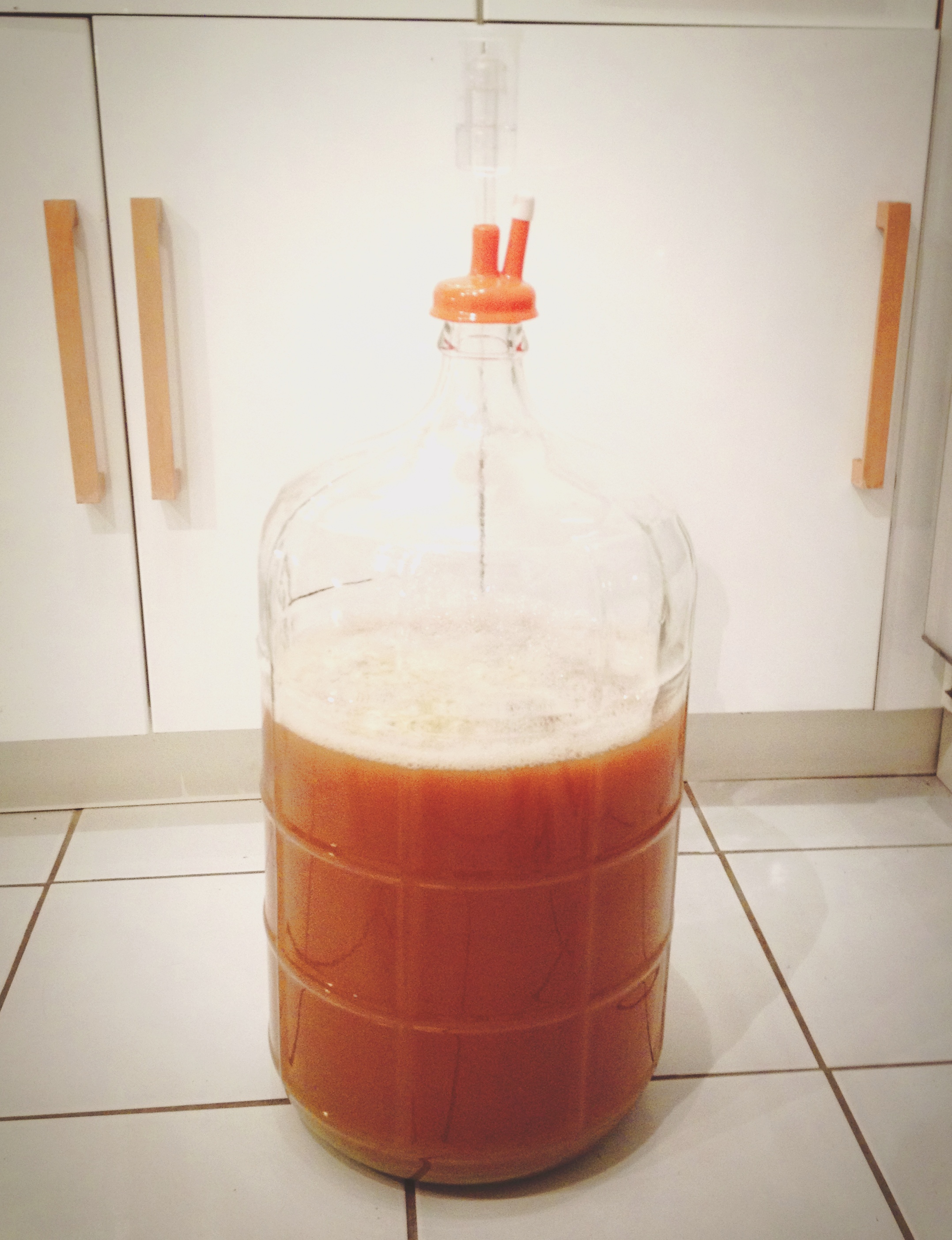 I let the batch ferment at ambient winter temperatures; it spent most of its time around the 19C mark, which seems to have treated it well enough. The alcohol may be just a touch more noticeable than at a degree or two lower, but well within acceptable range.

Apparently I wasn’t content to let the gear upgrade rest, near the end of conditioning I was looking at my stockpiled bottle supply and feeling a bit down on letting yet another IPA sit in bottles for a few weeks while building up carbonation.

I’ve had a lot of ideas floating around for fixing my temperature control / kegging situation in one go, but apparently this was the batch that caused me to pull the trigger and I finally bought myself a Haier HBF05EABNK pre-built kegerator. I wanted something spacious that would let me both serve and ferment, and none of the off-the-shelf bar fridges are big enough to do the job.

I’ll likely follow up this post with a first-time kegging lessons learned, but for the sake of this batch the important information is: it’s in a keg, oxygen is purged, it’s carbonating, and the first pour is strongly hinting at the DMS problem being solved, though I’ll have to brew something much lighter to be sure.

There’s still a slight oxidation problem which will be next on the hit list, but now that I have a CO2 tank and a manifold with a dedicated purge line, I’m pretty confident it’s only a matter of time before I can knock off that one too.

As I start dipping into the keg, I’m conscious of a problem I’ve been reading about. Apparently this year’s Amarillo crop came out far grassier than normal. I’m debating whether that’s a problem in this batch; I certainly notice a green chlorophyll note, but not in every pour. Definitely a wait and see problem. 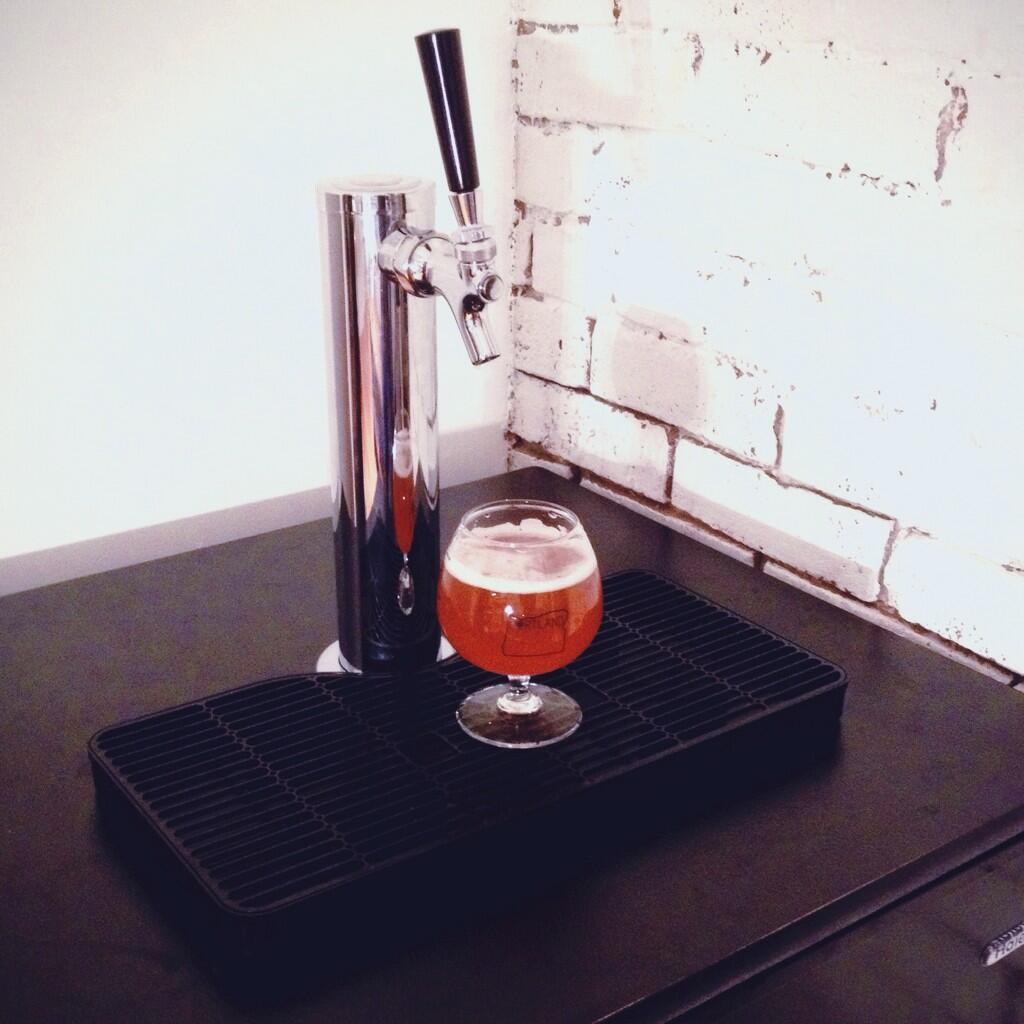 5/10. I went been back and forth on this one; I didn’t love it fresh, and had some very disappointing pulls, but sometimes it did not half bad.

There were hints of a decent flavour profile, but it didn’t quite get there. I think a longer keg conditioning can benefit even DIPAs, so next time I’ll try to condition to taste instead of worrying about catching hop aroma at its peak. Something in this one hints at a good recipe, but whether it was the Amarillo or Pacific Gem, the older hops, the oxidation, the freshness of the beer, or all of the above, this one never really pulled it off.