After far too long a time without a batch of beer fermenting, I thought I should take advantage of my lack of temperature control during the variable late summer weather and brew a style that can get by without precise control.

What finally got me to commit was a trip up to Pemberton, a small farming town near Whistler, and noticing the grove of crabapple trees that grow just off one of the main roads in town. It occurred to me that a bit of acid and tannin from the apples could add some interesting extra notes to an already dry style that usually benefits from a bit of sourness, so I picked a bunch and committed to brewing a saison.

The mash temp went a little higher than planned, at an average of 151F instead of 149. It was pretty obvious during the boil that I hadn’t done this in a while, I forgot to add Irish moss at the regular time and ended up adding 10m extra onto the boil, then at flameout I forgot my last hop addition and added those a few minutes after starting to chill. 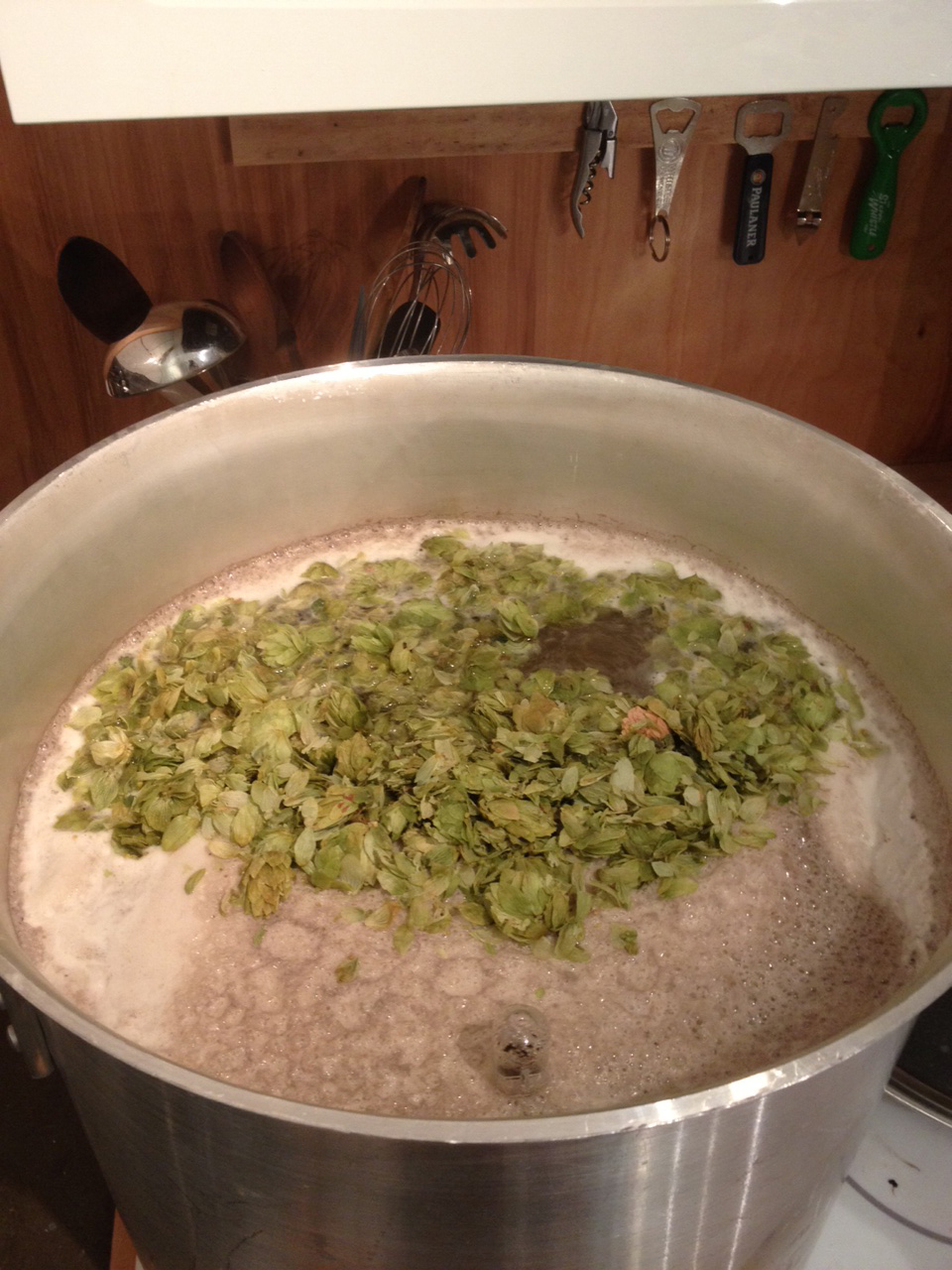 Of course, due to my anemic stovetop boils and slow chilling I think both the longer boil and later hop addition ended up producing a result closer to what I’m going for than I usually get — I have a strong feeling my hop utilization is lower than average. 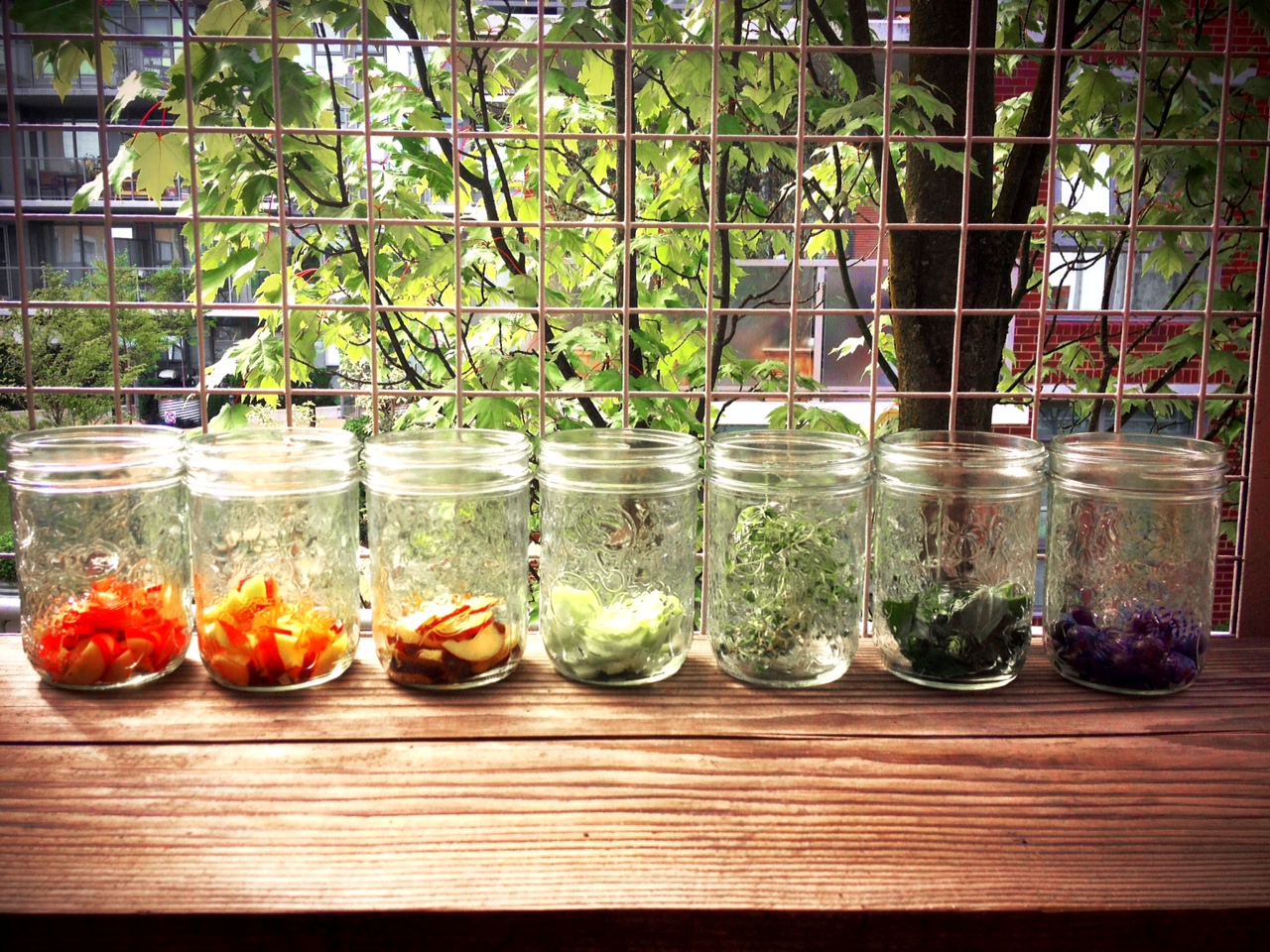 After 8 days I pulled some small samples and blended with various fruits and herbs. I gave them a few days to ferment out, then spent an evening blending.

Crabapple – noticeable tartness at 1/8, no apple. More apple aroma as
I increased concentration. Really interesting way of getting some acid
in there. Quite cidery and tart at higher concentrations with an
apple pie nose, best to keep it restrained. 1lb or less should do.

Plum – slight aroma and a tinge of colour at 1/8, no real taste. Higher concentrations come across as jammier and a bit of tartness. Too fruity.

Cucumber – much more powerful taste at 1/8 than the others. Diluted
down to barely perceptible, still no mistaking it. Strange astringency
too? Not on its own, but maybe as a blend with another strong flavour.

Lemon thyme – foul ammonia cleaner nose at full concentration. Lemon
comes out at 1/16, but so does ammonia. Not on its own, but maybe
mixed with cucumber?

Lemon thyme + Cucumber – some of the bad nose from the lemon and
astringency from the cucumber, but there’s something to like about
this.

Basil – a bit of tinting and noticeable nose at 1/8. Definitely there
on the taste, not unpleasant but doesn’t add much.

Plum + Lemon thyme – interesting tang to the plum that comes out with
the thyme, but that nose is still pretty bad. Could see plum + some
kind of herb working well. 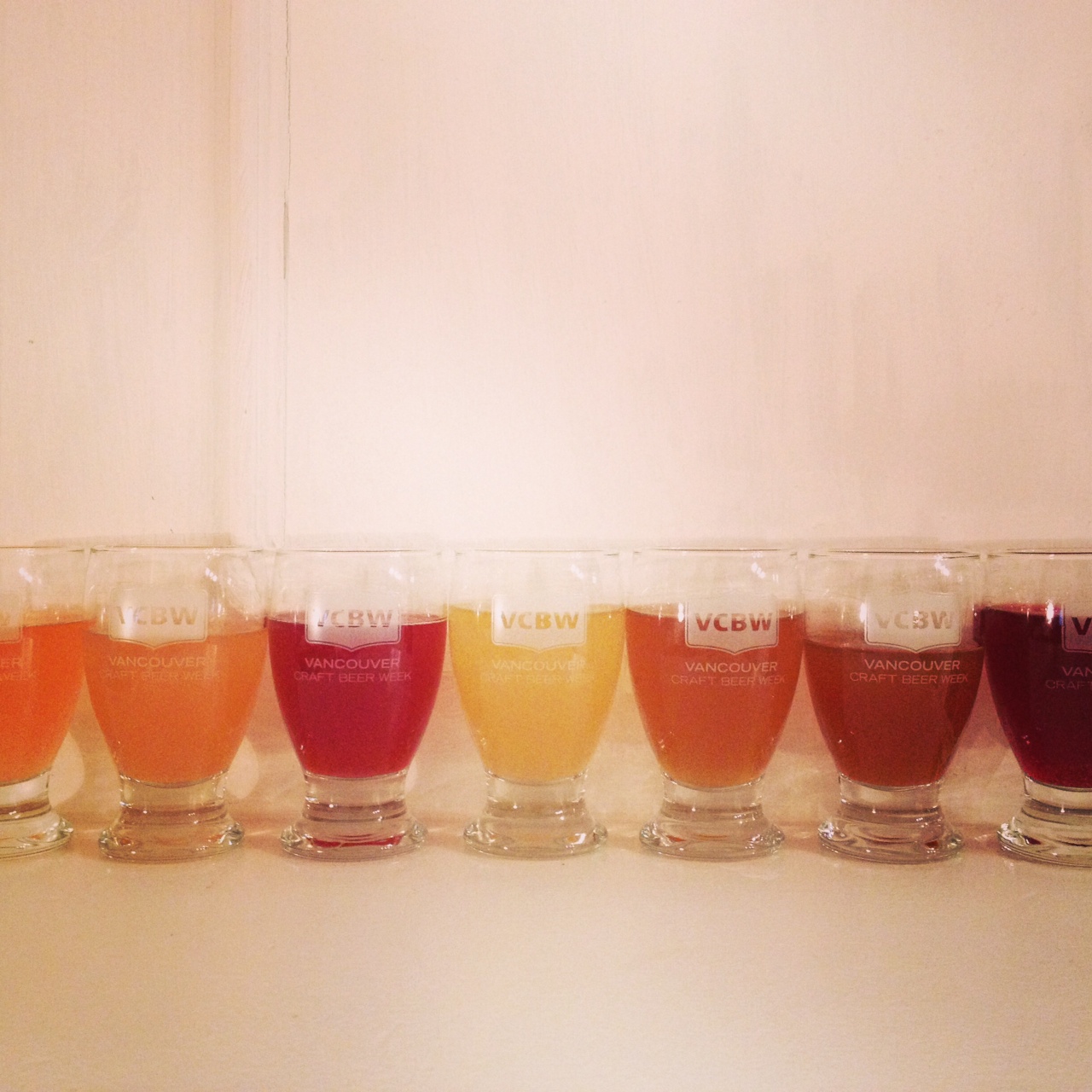 I really liked the nectarine and basil combination, but I think I’ll save it for a stronger beer that can carry the flavour better. Discovering unexpected combinations like this is exactly why I like blending experiments. In the end I went with the original crabapple idea, and used them sparingly. I added only 2/3rds a pound of diced crabapples, and let them sit for about a month. With a smaller amount I wasn’t expecting much fruitiness, but the resulting beer ended up tasting quite fruit forward when bottling. I think it needs a bit of time.

6.5/10. I spent enough time drinking commercial beer between my BJCP exam and my return to brewing to realize that my boil/chilling DMS problem is something I need to fix, even with a 2-row base. Aside from that though, this one went nice and dry with a touch of funk and tartness, and a lightly hoppy nose even six months later. It demos well, the DMS only kicks in while drinking (as opposed to tasting) so I think it will do well when I submit it for the local home brewer awards in May.

Update: it did. Silver medal for Belgian & French ales, bested by a classic saison that went on to win best of show. Not only that, the last few bottles were virtually DMS-free. Extremely successful brew all around.