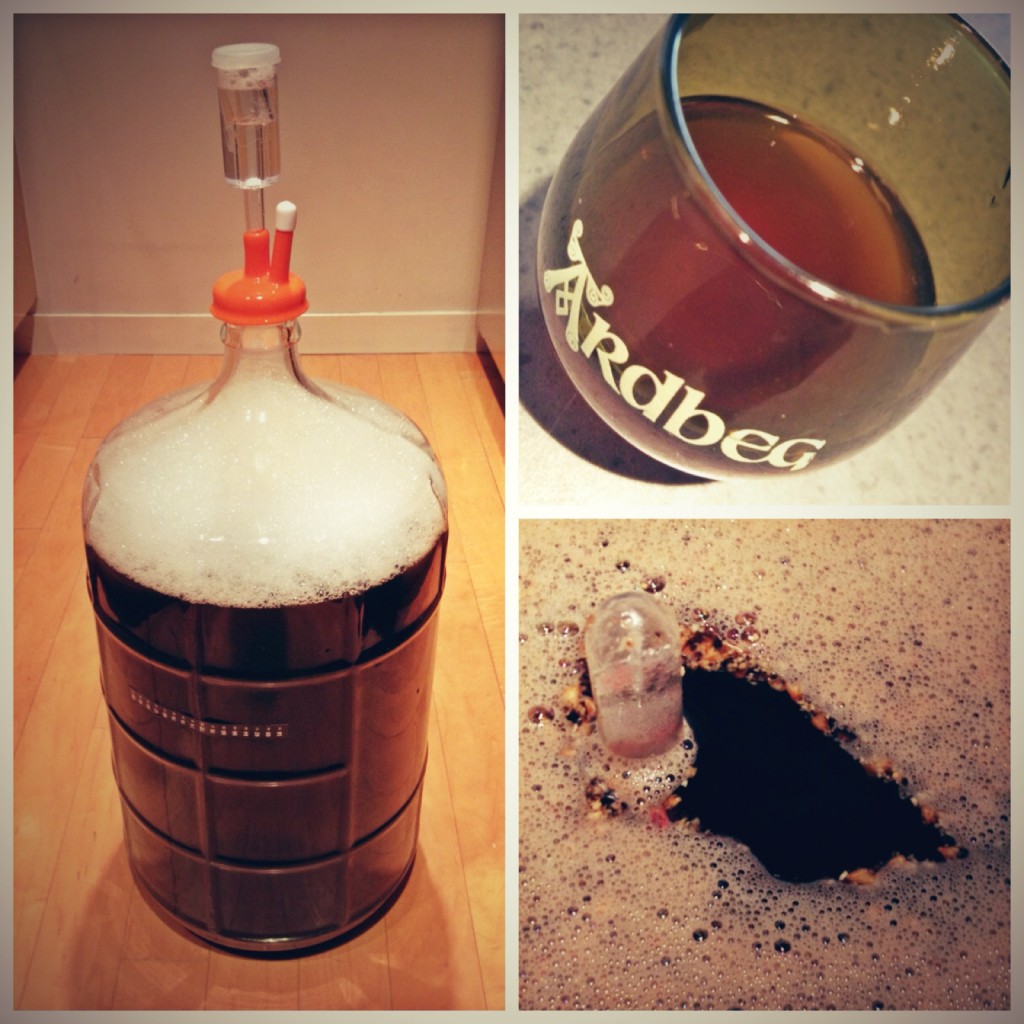 I’ve decided my big beer this year will be an imperial stout. And as I did last year, I’m also doing a full batch of something lower gravity as a starter for the larger beer.

During my BJCP training I’ve been sampling a lot of styles I don’t normally have access to. Due to the lower gravity and cask focus of your typical English Mild they don’t make it to these shores in any form, and no one here seems to be interested in brewing them commercially. Enter homebrewers. The local club has a few guys who are into historical English styles, and I’ve had the chance to sample a half dozen or so takes on the style. Most recently we did about 4 versions in a tasting evening, and going by the tasting notes the homebrews all seemed to be right on the money style-wise, and I really enjoyed both the flavour they were able to coax out of a lower gravity and the fact that these beers are so quaffable.

So, I debated doing a stout or porter, but decided to try a style I likely wouldn’t have otherwise ever attempted. My typical view is that 9 hours I spend on a brew day (plus the fact I don’t brew as often lately) means that a lower gravity beer isn’t worth the time. But somehow, the prospect of making an intermediate beer for the sake of a larger batch changed my attitude, and I decided I didn’t mind investing the time on what was, essentially, a throw-away batch to begin with. 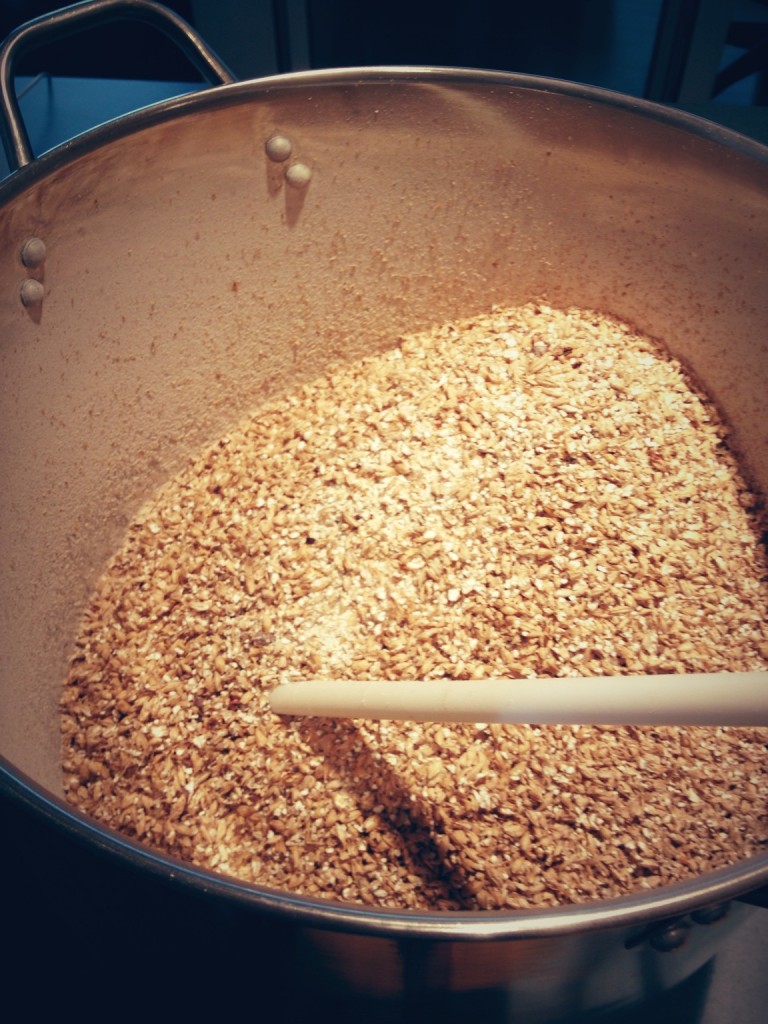 I was tempted to just do an extract batch this time, but there’s no way Canadian extract would live up to genuine English malt. In a style so light and subtle, the difference would be glaringly obvious. So I went out of my way to buy Marris Otter and Hugh Baird specialty malts, but far less of them than normal. My grist was 7.1lbs total, about half of what I usually work with, and my grain:water ratio ended up at a soupy 2. Recirculating was interesting. The first runnings were crystal clear, then the first liter or so I threw back disturbed the grain bed enough to cause some cloudiness. I had to adjust my usual technique to throw back smaller volumes, but still I managed a clear line quicker than normal. Lautering and sparging were super fast, probably due to the smaller grainbed. Maybe I can use this to adjust how I recirculate in the future, it would be nice to speed up my normal brew day. 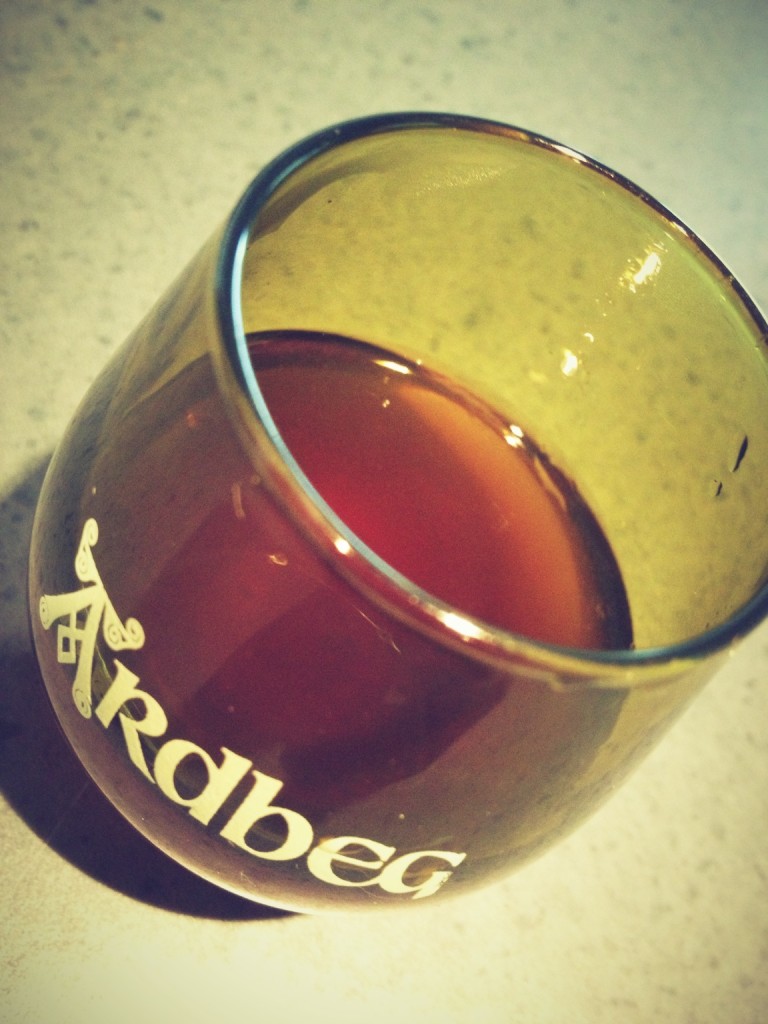 I haven’t made many Hot Scotchies I’ve liked, but the lower sugar on this one really worked well with the dash of Ardbeg 10 I threw in. Noted for future reference: dilute the first runnings for a tastier scotchie.

Boiling went well enough, but the insulating foil wrap I built around my kettle (seen here) usually comes off between the mash and the boil. I forgot to do that this time, and didn’t notice until the very end, when it was time to chill. I had a plan that would hopefully cut my chilling time in half using a rather large block of ice, but having that insulating foil really screwed with my plans. I ended up getting it down to 35C over about 45 minutes; not great, but not far off previous batches. No pilsner malt in this one, so it should still be okay, but I’m a bit leery of the maneuvering I attempted to peel off the foil wrap. It’s possible some contaminants got into the open pot, and I doubt the gravity of this one would put up much of a fight if so. I can only wait and see. 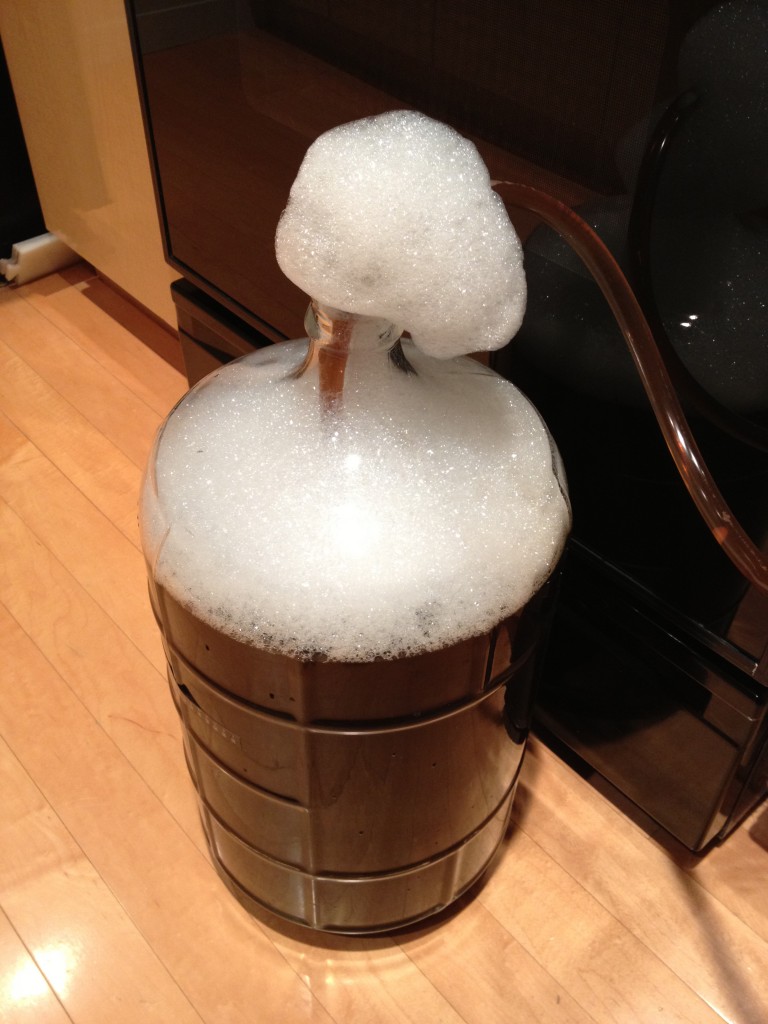 I think the fast lauter encouraged me to use more water than normal, and the block of ice I added was always intended to dilute / add volume. The net result is an awfully-full carboy, so I’m expecting a jammed airlock and way higher than normal volumes of finished beer. Just hope it’s good.

Seeing how dark the batch was on transferring, I think I might have gone a bit heavy with the chocolate malt. The nice thing about such a low gravity batch is that after two days it’s almost fermented out enough to sample — once I get past the acetaldehyde, yeah, it’s noticeably roasty, but not overly so. I’d halve the chocolate malt next time to better suit it to what I’d want out of this beer, but I suspect this batch will go pretty fast anyway. And of course right after writing that I looked up Jamil’s recipe — his black patent and chocolate additions likely make his drier and roastier than mine, so I think I’m on the right track.

As a lower-gravity batch, it predictably went quite quickly. Just over two months for the full batch to vanish.

The recipe seems solid, though I would halve the chocolate malt for a future batch. Two main problems jump out at me when describing this one: first, the lower gravity couldn’t hide the DMS that my poor chilling schedule allows to creep in. And two, there was a slight grainy character that I wasn’t expecting. I guess that has to do with the way I sparge, but I don’t think I’ll be diagnosing that further until I can lick the DMS problem.

Still: an enjoyable, sessionable beer with some sweetness, some roast, and an overall pleasant character. Exactly what it should be, just could be better next time. 6/10.