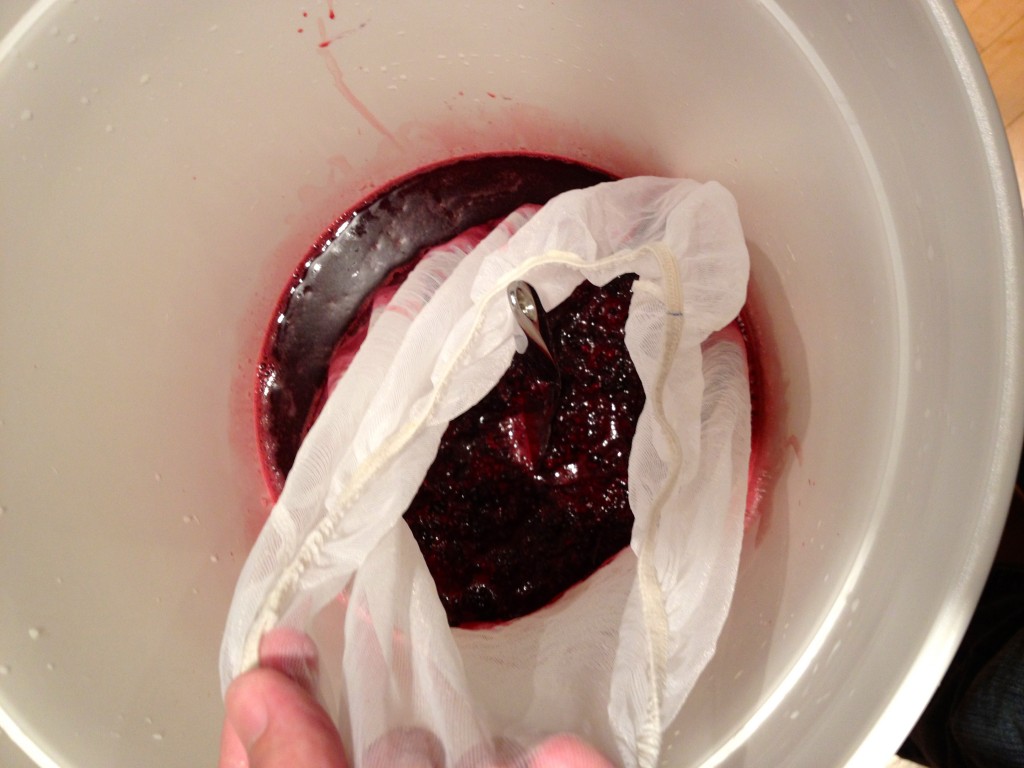 The first batch of blackberry wine I did was made following a recipe that used almost as much sugar as berries, which didn’t sit right with me. I figured I’d make an all-berry batch, and this was meant to be that batch.

Well, as soon as I mashed 9lbs of blackberries and took the gravity I realized why the sugar was necessary. Our blackberries topped out at 1.054, not enough to make a proper wine capable of ageing. So I topped up with a pound of sugar and got the OG up to the same level as the first batch. 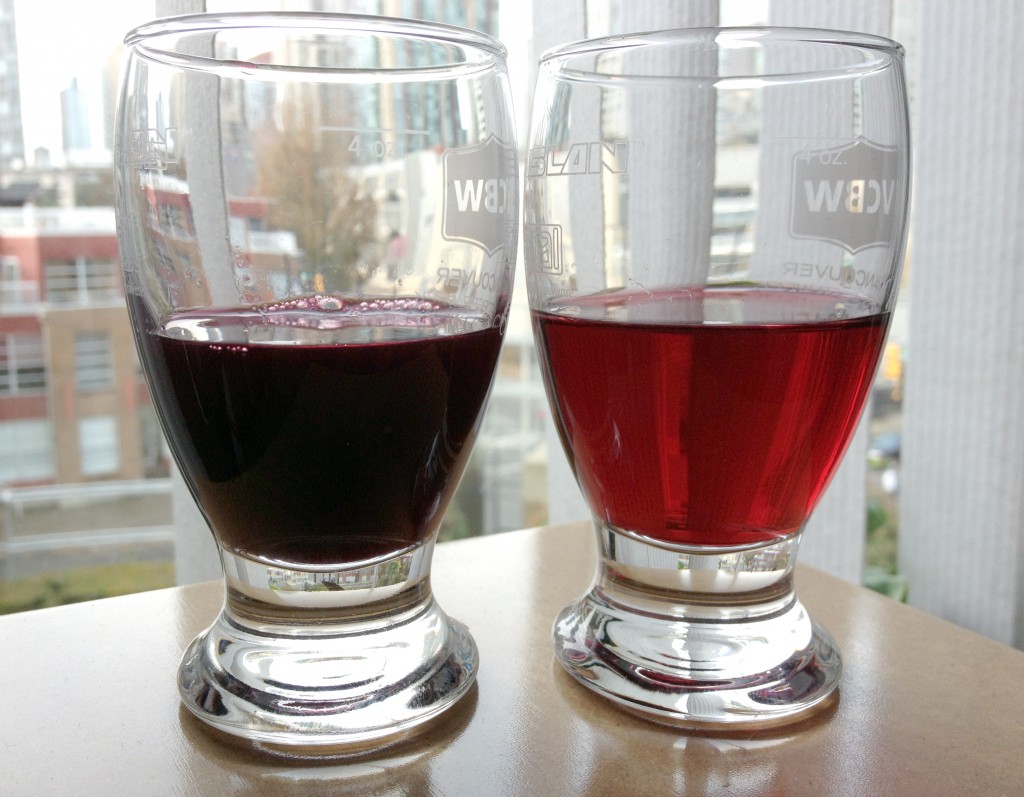 After fermenting out, the differences between the two wines are quite evident. Batch 1, with its 2:1 berry:sugar ratio is much lighter in colour, still smells yeasty, but is a lighter sipper with a mid-range body and some residual sweetness. Batch 2, with its 9:1 berry:sugar ratio is very dark, smells like a more berry-forward rich red wine, but drinks awfully dry.

I’m planning on adding oak to both batches, but after two months of maturing I’m strongly considering blending them. A half and half ratio of each is much more to my tastes than either on their own. The main concern is that a carboy would leave too much headspace on the 2.5 gallons of wine that I have between the two batches.

I went ahead and blended both 027 and 029 in the end — some time in October the batches were blended and transferred to 1 gallon jugs to bulk age on oak. They’ll be bottled in spring 2013, and cracked some time in the winter.

After a month on oak I drew a sample, and the dryness was cut with a complementing woody vanilla flavour that almost reminded me of a fruity slightly minty candy; the oak is starting to add a new dimension that the previously super-dry wine was sorely lacking. I’m taking the slight mint note as a sign that it’s still green, so I’ll give it more time on the oak.

By mid-March 2013 it was time to bottle. I stashed a bunch of wine bottles and bought a corker and went to it. I ended up with 10 bottles overall, plus a half bottle for drinking now. It’s tasting a lot more interesting than when younger, but still not overly mature. The bottles will sit until the fall at least, possibly a whole lot longer.