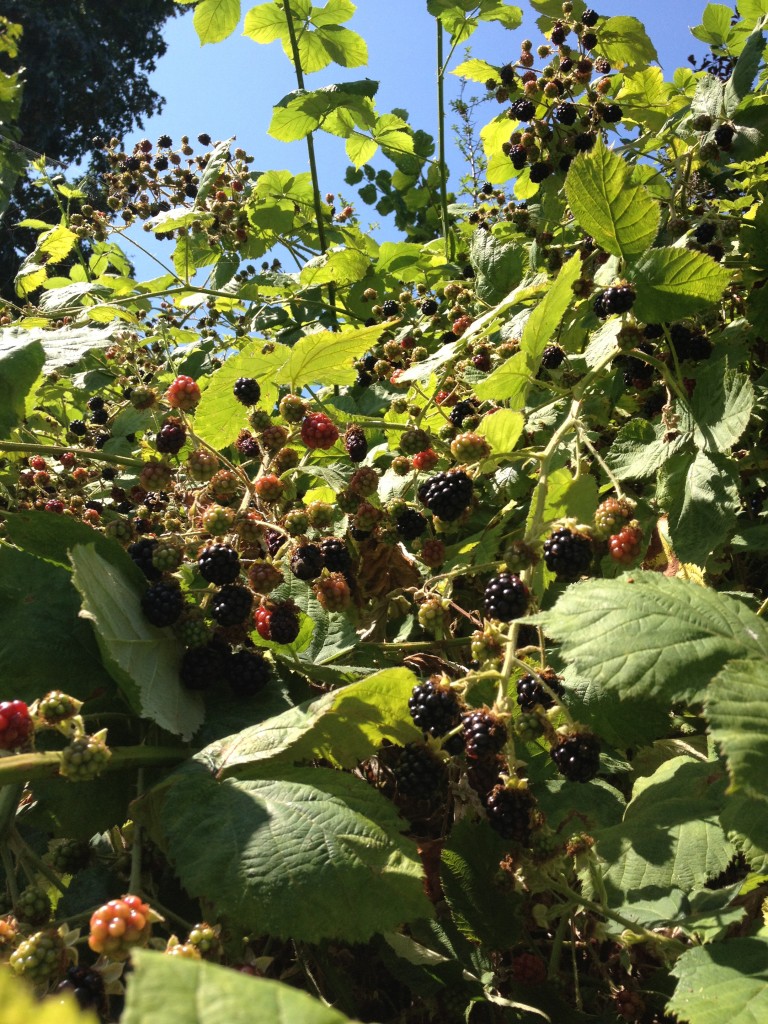 During the the tail end of the summer last year I picked a few pounds of blackberries and added them to a porter. This year I used just a pound in a saison, but as I was picking I started thinking about other fermentation experiments, and realized the the 1 gallon jugs I’ve been collecting during various cider experiments would lend themselves well to a bit of playing. So the idea of making a blackberry wine was born.

A bit of research on various home brew forums seemed to indicate that the recipes on this page are the go-to for a lot of people, and the finished product is well-reviewed. I’ll admit to being skeptical; grape wine doesn’t require the addition of sugar, so aside from a cheap source of fermentables I’m not sure why these blackberry recipes would call for it. I don’t know quite what to expect, the forum posts provide assurances that the hot alcohol goes away after a year or so, but I’m not sure I believe the finished product will benefit from it. 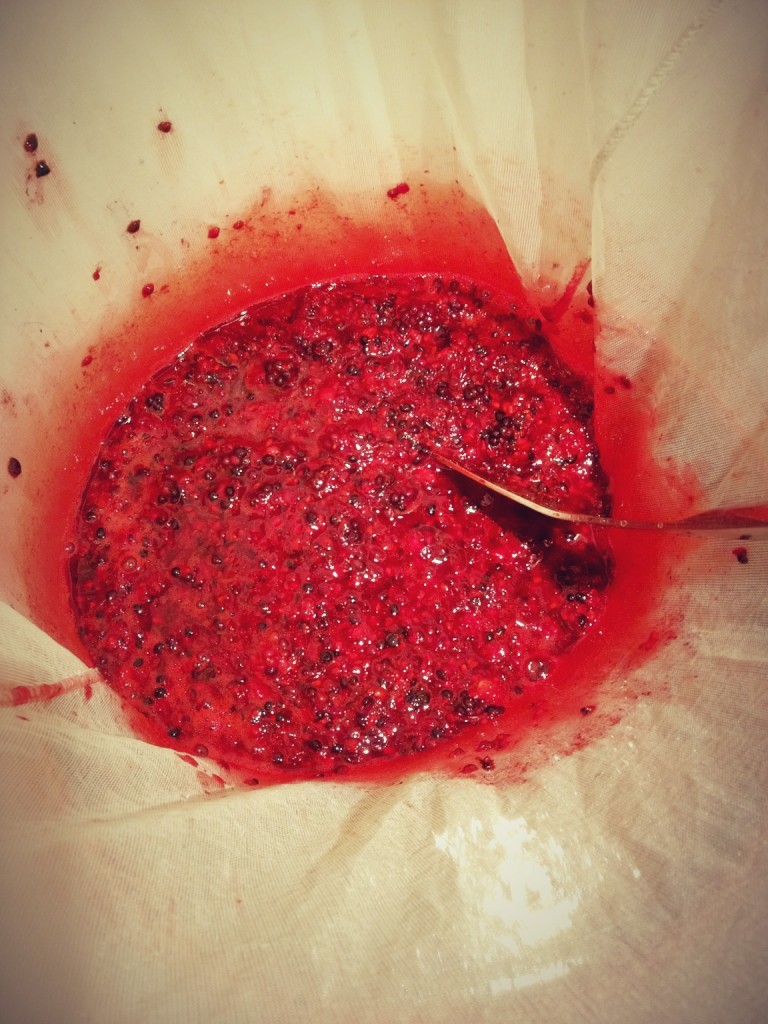 I decided to faithfully follow the recipe for this first batch, but I have a fairly strong feeling that I’ll be doing another all-berry batch before too long. The berries I picked were definitely on the early end of blackberry season, and most still had a bit of tartness to them. I think that’ll work well in the wine, but the lower sugars in the berries also knocked almost ten points off my original gravity. Which means even more of the sugar-derived alcohol will be apparent.

Initial fermentation was fine, if a bit warm due to some late summer weather. The recipes mention racking off the yeast, but that wasn’t an option due to my small batch size. I transferred from a 5 gallon initial fermenter into a 1 gallon bucket, and though the recipe says I should expect maybe an extra 750mL bottle, I actually collected three of them. I followed the numbers, so I guess taking the trub added more volume than it should have.

I went ahead and blended both this one and 029 in the end — some time in October the batches were blended and transferred to 1 gallon jugs to bulk age on oak. They’ll be bottled in spring 2013, and cracked some time in the winter. 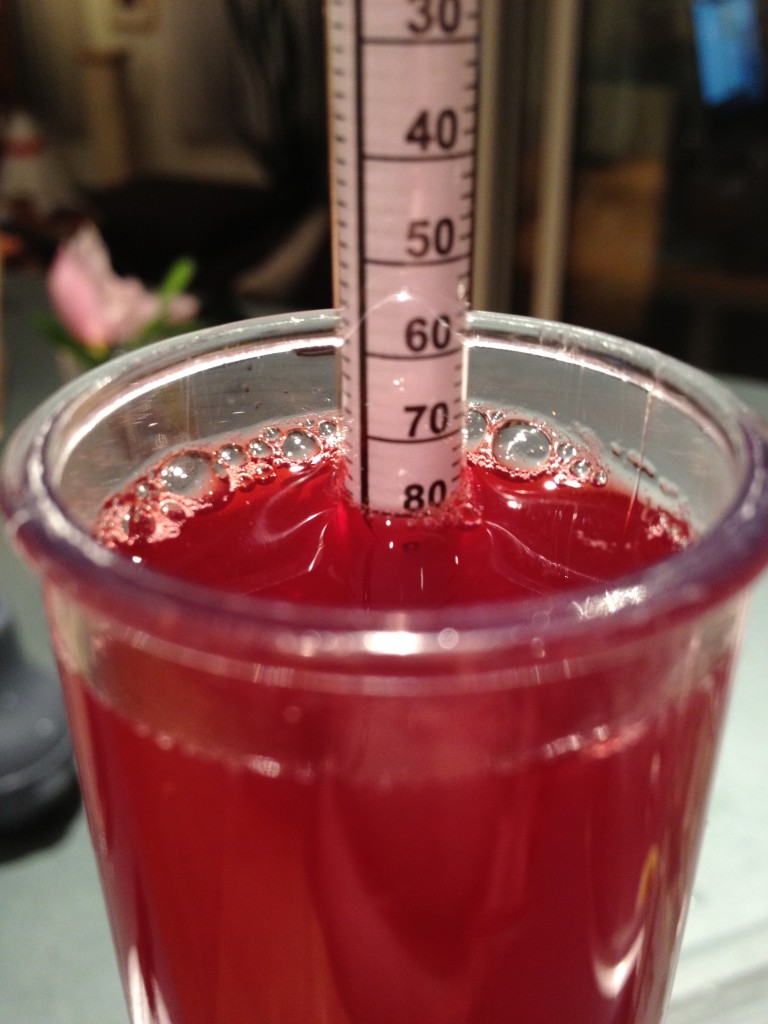